What we can learn about the likely upcoming French law reform about fighting climate change in the advertising industry?

Published by Sabrina Levin on November 17, 2020 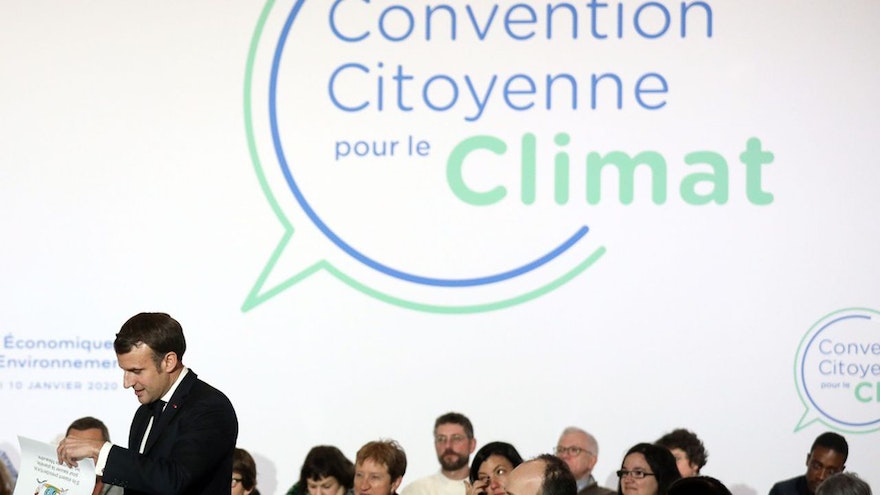 France has already taken the world by storm with their faultless cuisine, impeccable wines and flawless fashion. It is currently the most visited country in the world for tourism and without a doubt a role model for many countries for several reasons, not including their pastry-making skills. But now, they are taking the lead in another industry. One that is more in-tune to the problems of today’s world, and is (arguably) more important than that of food and drink.

That is the advertising industry.

How might they be doing that you may be wondering? Well, France is currently in the process of passing a law later this year which will gradually ban all advertising campaigns which promote any products or services which contribute to destroying our planet. That is advertising for gasoline and diesel cars, air and maritime travel, and fossil fuels. This bill was proposed by Matthieu Orphelin earlier this year in June, who is the environmentalist deputy, and it is to be added on to the current Évin Law which was signed in 1991 to implement restrictions on alcohol and tobacco advertising. This new bill is called the Évin Climate Law.

Why is this such a big deal?

Well, to put it simply, humans have contributed directly and indirectly to the destroying of our planet for years. With the development of recent technologies which allow advertising to reach someone anytime, anywhere via their phones, internet and television, people are being encouraged to buy things that are extremely harmful to the environment, as well as overconsume on things they don’t need.

Therefore, this bill is a step in the right direction to making advertising more responsible overall.

Just last year in 2019, 5.1 billion euros were spent on advertising just in these aforementioned industries. Out of that, 4.3 billion of those euros was spent on advertising for gasoline and diesel cars. This is a ridiculous amount of money to go on advertising for such products and could be put to better use elsewhere, such as research into renewable options for these planet destroyers. On top of that, by reducing the advertising on these products, less money will in turn be spent by consumers, and there will be a healthier planet as a result of it. Better yet, it is in line with the mindset of the majority of the French population as according to Greenpeace, 65% of the French population wants to remove advertising from brands which are contributing to climate change.

But what can we learn from this bold move?

Firstly, we can see that France is not scared to take the lead in fighting for climate change in one of the worst affected and polluting industries in the world. At a time when the world has suffered from Covid-19, wildfires, melting ice caps, deforestation and plastic pollution, France didn’t shut their doors and ignore it but took a step in the right direction to help prevent these problems in the future.

But most importantly it shows that advertising is becoming more responsible. It’s not just individual brands that are taking a stance, but countries are beginning to as well. This law is the beginning of many countries taking similar stances and creating laws which enable for responsible advertising.

Responsible advertising is relevant now more than ever. Advertising is naturally wired in a way to encourage overconsumption. Overconsumption of products we don’t need, and services we don’t want. There is enough money in this world to really make a change and start solving some of the biggest problems to date, such as global warming. If advertising uses so much of the global budget, why not start there?

At Boon.Today, we are proud that France is beginning to take the steps to ensure that advertising is being implemented into the French system for years to come. We are completely in agreement with this law and we only hope that other countries will follow by example.

But the next step is what will happen next? This law is not the end but is merely the beginning of many courses of actions to take place to make advertising fully responsible. Whilst the French government is taking this stance, businesses shouldn’t have to wait on their own governments to make the laws. Companies need to begin implementing their own individual responsible advertising rules and regulations to ensure they are not encouraging overconsumption, and they are giving back to the planet, not just taking from it.

There are so many ways to begin this responsible advertising process, but the easiest way to do that is by implementing the Ad For Good label on your advertising. This shows that your brand not only cares about the planet but that you are giving back via your advertising campaign. This is done by collecting digital micro-donations via user interactions, which will be sent to a social or environmental project of your choice once the campaign ends. This label is the first of its kind and is the best way to make this simple transition into responsible advertising.

France has made a big step towards ensuring responsible advertising is implemented for the future. But instead of waiting for advertising to be changed by law, stay ahead of the game and implement your own rules. It’s only a matter of time that all advertising is responsible and we can’t wait to help businesses to make this transition, in the simplest way possible.

Book your demo now to implement your own responsible advertising strategy with us.