Why Responsible Advertising Matters in 2021 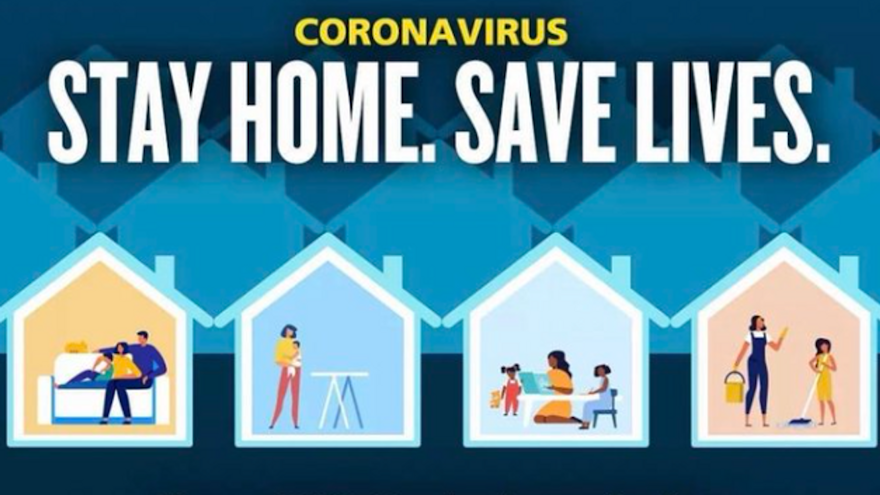 Responsibilities. This is the word that gets more serious with age for human beings, as suddenly one day we wake up and we have become responsible for mortgages, looking after other small human beings, and (the worst) sorting out dinner for yourself every night.

But responsibilities remain pretty much the same for dogs no matter what they do, they just need to be happy and cute and they get everything they ever want in this world.

But I am unfortunately not here to speak about the responsibilities of a dog, although I believe this would make a great discussion elsewhere on the internet.

I am here to discuss the responsibilities of advertisers and marketers in 2021.

In January this year, the UK government released the sexist advert sloganed ‘Stay Home. Save Lives’, with the image of 4 households, 3 of which had women looking after children and doing housework, while the final one displayed a woman reclining in a man’s arms on the sofa.

Prime Minister Boris Johnson’s spokesman later said that the ad was being pulled, and confirmed that it does not reflect the government’s view on women.

This got me thinking.

Surely the UK government knows they have responsibilities that must be kept, which go far beyond not breaking the law but also of their responsibility in creating a national campaign, which reflect non-sexist views and images?

How might this shape the responsibilities that advertisers have in 2021?

Whilst this advert is just one that shows sexism, there are many other responsibilities advertisers must have in 2021.

Let me explain that further.

For the shooting of an advert to be responsible, companies should avoid flying, using non-renewable energies, avoiding single-use plastics and use eco-friendly products for hair and makeup.

Click here to learn more about how to create a carbon-neutral position on advertising production.

But advertisers today must make sure that the adverts in themselves are responsible towards society and the environment.

The way they can do this is by ensuring that at least 1% of the cost of the advertising campaign is donated to a selected nonprofit organisation to finance projects with a social or environmental impact.

This is a simple and effective way to ensure that not only is the advert production carbon-neutral, but that the advertiser has fully undertaken its responsibility to give back to the planet at the same time.

Looking back on 2020, the world has undeniably gone through serious damages which affect us, humans, on a daily basis. We, therefore, need advertisers to take the responsibility of demonstrating their commitment to society and to the environment by undertaking a 1% donation with each advertising campaign. A little certainly goes a very long way.

Another responsibility advertisers have in 2021 is to issue sincere advertising messages and avoid all messages intended to avoid practices by greenwashing, social washing or fake news.

To put this into context, in 2020 worldwide digital ad spending was estimated to be $322.84 billion. At least $235 million in revenue is generated annually from ads running on extremist and disinformation websites.

It is the responsibility of advertisers to ensure that they are not generating revenue from any fake news, greenwashing, social washing, disinformation or misinformation.

Adverts have the ability to influence someone’s mind, and can make some long-lasting changes, such as the double-decker bus campaign in the UK, which falsely stated that 350 million pounds are sent to the EU each week, and this false statistic eventually led the UK to leave the EU!

This may seem almost far-fetched, that no campaign nowadays has the power to do this, however with around $235 million in revenue generated annually from these types of adverts, they still exist and have the power to change someone’s mind.

Advertisers must take responsibility and ensure that no adverts are spreading any false information, whether it is a mistake or it is on purpose to gain the upper-hand of something. If you would like to know more about how to avoid this, click here.

Finally, advertisers must ensure that they use the power of advertising to fight against all forms of discrimination including racism, ageism, sexism, homophobia etc.

We are now in the year 2021, and there is still so much discrimination in the world.

Advertisers have a moral responsibility to ensure that they are not only avoiding all types of discrimination in their advertising but that they are fighting against it, whether through education of their employees or by supporting organisations that are fighting against discrimination in the world, through the donation of 1% of their advertising budget.

At Boon.Today, we are working to help advertisers donate 1% of their campaign budget to a NGO of their choice, thereby helping advertisers carry out their commitment to society and the environment. There are more details on the Ad for Good charter which you can find here about what are advertisers responsibilities in 2021.

Some of this may seem super obvious to you, however unfortunately if this was obvious to everyone then this article wouldn’t need to exist!

For others, only some of this might seem obvious, in which case why don’t you get in touch with us to find out more about how we can help you as an advertiser or a company fulfil your responsibility in 2021.