Published by Sabrina Levin on September 24, 2020 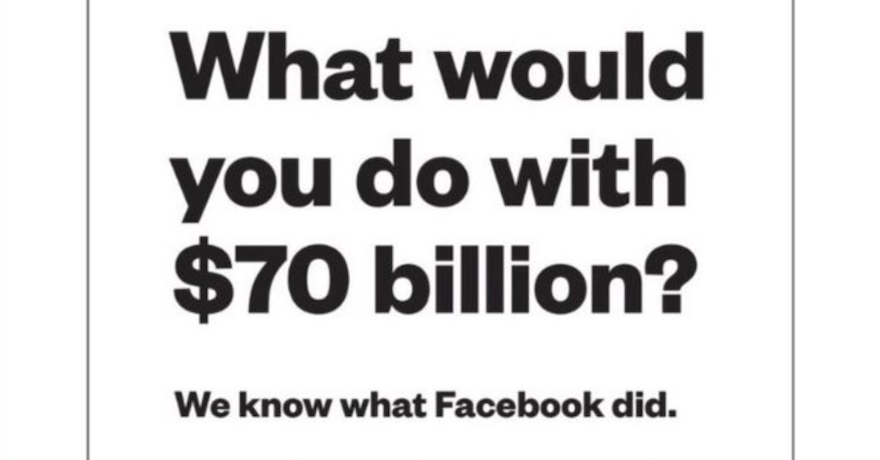 Yes, Kanye West just announced he is running for president in the 2020 presidential elections. Some may call this move shocking, others may laugh or call it ‘wishful thinking’, as the election is currently only 4 months away. For me, I went straight to the internet to see what President Trump thought about this move. As I typed in ‘trump twitter’ into the search engine bar, I was immediately drawn to the 4th result, which was called ‘Videos of trump twitter’ where all 3 of the videos were about Twitter flagging Trump's tweets as being ‘manipulated media’, ‘glorifying violence’ and having ‘red flags’.

I won’t go into details about the content of these tweets, but they are all quite shocking to me. The detail I want to look into is whether or not Facebook had done the same thing on their social media platform, and adhered to their own manipulated media policy. Quite frankly, the answer is no. Although Facebook has made some recent changes, it’s still not enough. One of the main problems is not banning political ads, which Twitter (although not perfect itself) has done, which has led to controversy and division within the US.

The fact that Facebook doesn't fact-check politicians is only the beginning. Facebook has allowed incitement to violence against protestors who are fighting for racial justice. They named Breitbart News a ‘trusted news source’ and made The Daily Called a ‘fact checker’ despite both publications having worked with known white nationalists. Facebook is actively working to not protect and support Black users, to allow Holocaust deniers to spread hate and lies, and to allow politicians to spread misinformation.

Therefore, many brands including Coca-Cola, Patagonia, Ben and Jerry’s, North Face, Magnolia Pictures and so many others are currently boycotting Facebook advertising, knowing that 99% of Facebook’s $70 billion is made through advertising. This is called the #StopHateForProfit campaign. Facebook’s brand-safe environment for advertising has been deemed unsafe and boycotting this environment is being used to put pressure on Facebook to step up.

But is this the best way to do so? In a time of such economic uncertainty is it convenient for bigger brands to save money on advertising when consumers aren’t consuming that much anyway? At the end of all this, how can your brand walk back into advertising?

To answer these questions, it is important to look at what brands are searching for.

They are searching for a brand-safe advertising environment where they feel the platform they are advertising on is transparent in sticking to their own strict policies. Furthermore, ensuring the platform is going out of their way to ensure nothing harmful, damaging or misleading is being shared alongside their own campaigns.

Brands themselves must work to make some noise on Facebook.

They must speak out and spread these words by taking action. After all, words are only meaningless black dots on a screen unless backed up by meaningful action! Actions do speak louder than words, and far louder than silence!

Is your brand disgusted with the way Facebook does nothing to stop Trump from spreading misinformation about George Floyd? Or the way there are people on Facebook promoting violence against protestors who are fighting for racial injustice?

Don’t just boycott the advertising platform hoping that Facebook will make their environment brand-safe, but keep on advertising all the good that you are doing in the world!

For example, you can help fund campaigns in America, or somewhere across the world which is supporting the Black Lives Matter movement. You can fund an initiative to help remove all the excess PPE from oceans and rivers, which is an inevitable result from this pandemic. You can even help bring food and water to Yemen by supporting some amazing campaigns that are taking place, as whilst the world is concerned by Covid-19, Yemen is on the brink of extinction with 13 million people in starvation due to its ongoing civil war.

Yes, Facebook has got to take action themselves, however your business does not have to suffer because of this. By continuing your Facebook advertising, it does not mean you are supporting the racism, hate and violence that is also being showcased. It can mean the complete opposite that you are showing Facebook what should be advertised instead.

Many of the brands boycotting are extremely famous and powerful brands, hence why the #StopHateForProfit Campaign has become so well known so quickly. 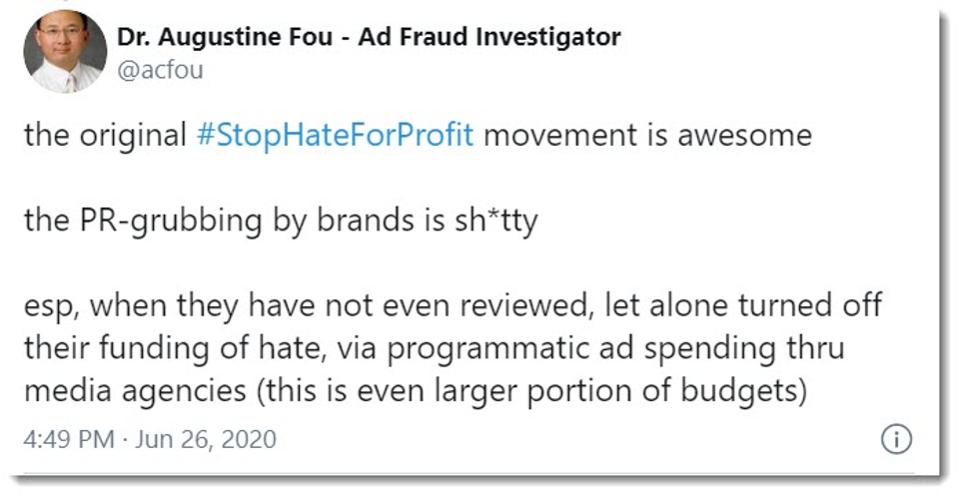 But imagine the results if all of these brands individually decided to advertise the good in the world, and what they themselves are fighting for. Collectively, they could all make a big difference to the unsafe-brand environment.

One of the easiest ways to make a successful campaign on Facebook to get your voice across about your brand initiatives is through using Boon.Today technology. This technology can link up to any ad format, on any campaigns (DOOH, TV, Print, Influencers, Display, Video...).

Just 1% of your advertising budget needs to be donated to an initiative of your choice, which will be linked in with your campaign on Facebook.

Whilst the world is in such a crucial time, it is better to spread love and optimism rather than just staying silent. After all, if your brand can afford to stop advertising on a major platform for even one month, it can afford to give at least 1% of its advertising budget to help make the world a slightly better place, as well as to help make Facebook a brand-safe environment for the years to come.