Number of adverts banned for ‘greenwashing’ triples in a year 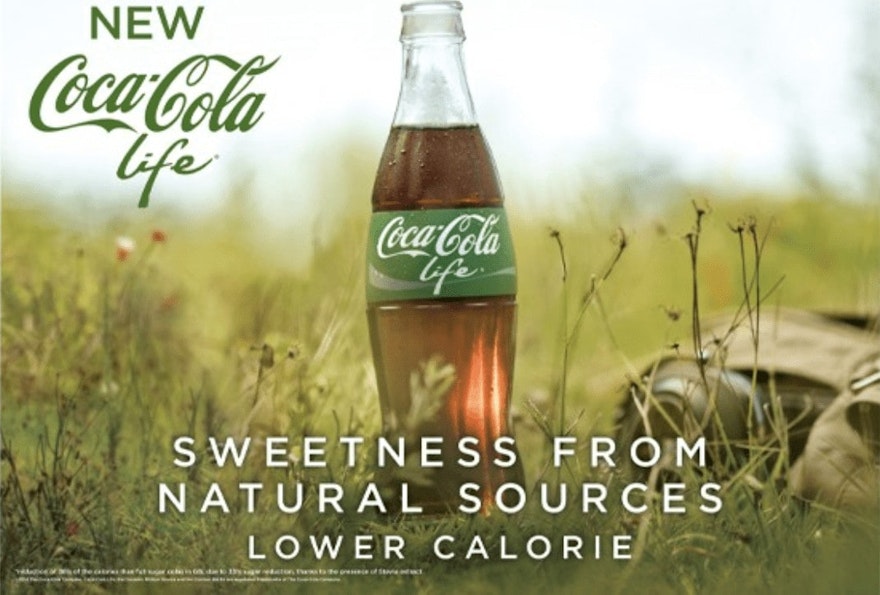 The number of adverts banned for “greenwashing” has tripled in a year.

Over the past 12 months, 16 advertising campaigns exaggerated their company’s green credentials or made environmental claims that could not be backed up, according to analysis of thousands of rulings by the UK advertising watchdog.

These ads – by Innocent Drinks, Alpro and Oatly among others – were banned from appearing again in the same form.

Analysis of Advertising Standards Authority (ASA) rulings by The Independent found there had been a sharp rise in the number of adverts found to have greenwashed – both in recent months and compared to the year before.

Eleven out of the 16 adverts to be banned between mid-March 2021 and 2022 were from the first few months of this year, while the total over the past 12 months was triple the number banned during the same period the year before.

Toby King, a spokesperson for the ASA, said he thought people were “more concerned” and “educated” over the climate crisis and greenwashing, which could be driving the increase in adverts being banned.

“We have done a lot of work to let people know, when you see an ad for green claims, we are the guys you come to if you think it is inaccurate or may not be telling the truth,” he told The Independent. 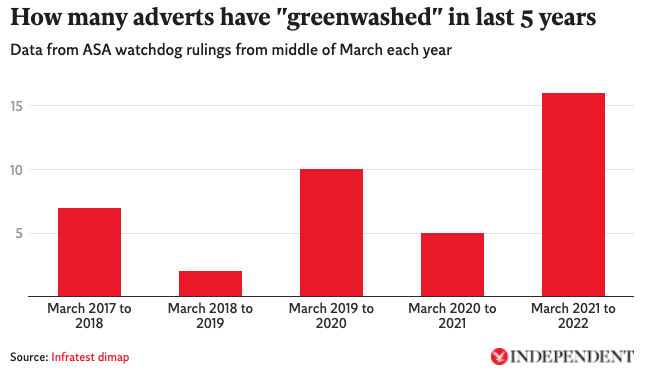 He added: “I think we are seeing a sea change in public understanding of green claims, and people want to buy ethically in a green way. We all want to do our bit.”

The 16 greenwashing rulings included reprimands for multiple adverts across different platforms, such as Twitter and Facebook, as well as newspaper and TV. Innocent Drinks was one such company that had its TV, YouTube and video-on-demand adverts banned last month.

ASA said the adverts, which included cartoon characters singing about “fixing up the planet” and recycling while drinking its products, implied buying Innocent products would have a “positive environmental impact when that was not the case” and were therefore misleading. Innocent said it was “disappointed” with the ruling and the advert intended to “highlight important global environmental issues and the need for collective action”.

Adverts for Lipton Ice Tea and Aqua Pura water were also banned for misleadingly claiming their bottles were made from fully recycled materials when, in fact, the cap and label were not.

A Pepsi Lipton International spokesperson claimed the advert did not “intend to mislead” but was “simply celebrating that the plastic bottle is now made from 100 per cent recycled PET”.

Following the ruling, the company said it could have been “more specific” in how it presented scientific data.

Andrew Simms from the Badvertising campaign told The Independent: “More pressure on companies due to awareness of the climate emergency means some major polluters take the easy option of trying to change their image rather than change their business. That leads to greenwash.”

But he claimed that the ASA seemed to “be letting many of the big polluting fish off the hook” such as oil companies and airlines, and was instead “picking up other, smaller and relatively innocuous examples”.

“More greenwashing does need investigating, but it will be perverse if the new scrutiny fails to tackle the worst polluters, and is exploited to target others trying to make a positive difference.”

However, the ASA denied Simms’ accusation that it only dealt with “small fry”, saying it has also ruled against airlines and car companies.

In 2020, it said three adverts by RyanAir were misleading over claims it was the “lowest emissions airline”. Following the ruling, RyanAir remained defiant, insisting it had the lowest emissions per passenger than any other carrier in Europe.